I know what some of you are thinking! Are you crazy? Apple stocks have lost it’s momentum. Apple is trading pretty low right now in the 93-95 range. In my opinion, think of this an entry point. Apple is not going anywhere, they are a huge company and they have a stockpile of cash. Most of it is overseas but the day will come where Apple will be able to bring it back with a reduced tax rate. Hopefully Carl Icahn will push further to make this possible.

The reason why Apple is trading so low is because most of their income is coming from a single product, the iPhone. Wall steet fears that if the iPhone is to drop in demand, Apple will be done for. I believe Apple’s iPhone 7 will be a hit, most people are still holding on to their iPhone 5’s and waiting for iPhone 7’s release to upgrade. The number of users waiting to upgrade to the new iPhone 7 is over 200 million. There are also plenty of people waiting to make the switch from Android phones to the iPhone.  The iPhone will be a huge revenue generator for years to come.

Apple is also starting to branch out into other revenue streams such as Apple-Pay and Apple-TV which I think is a great move by Apple. Apple Music is also becoming a huge success for Apple. In a short time, Apple music has gained more subscribers than Spotify managed to get in 6 years. The Apple Watch is said to get better with generation 2 and 3 versions. I think once Apple adds more features to it such as GPS, they will see a wider market for it.

If that wasn’t convincing enough, Apple is also working on their secret car “Project Titan”. I know for sure once released, the Apple car will take over the iPhone and become Apple’s new baby. Who wouldn’t want to get their hands on a cool Apple Car, especially if your Apple Watch can integrate into it! I believe in the near future Apple will be able to become the most valuable company in the world once again.

As an investor I will continue to take advantage of the drop in AAPL stock price and buy up as many shares as I can. At least as much as my Roth IRA limits per year; laughs. I use TD Ameritrade as the stock broker of choice. They have been great in terms of fees and customer support. Their phone app is one of the best as well. You can easily deposit a check or transfer funds from your bank account on the go using you mobile phone. 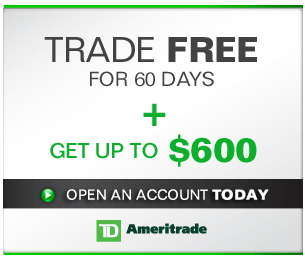