Home
|
Tutorials
|
How to Take Screenshots in Windows 10

In this article, we will show you how to take screenshots in Windows 10. Taking a screenshot of something is often overlooked by computer users, but it is one of the most important things to learn as a technology user. It can come in handy at your workplace or even in your personal life.

Sometimes, when you try to explain how to do something on the computer to someone, screenshots paint a clearer picture better than our words alone. We couldn’t begin to tell you how many times screenshots came in handy for us while writing up these tutorials.

Screenshots are a captured images of your entire screen, a window, or a specific area of the screen. Screenshots are often very high quality as it is captured directly by your computer of what’s literally on the screen. There are many ways to take screenshots in Windows 10. We will discuss many of these options below so you can select the best choice for your needs.

How to Take Screenshots in Windows 10 Using Print Screen

Some of you may already know this, but there is a print screen button on your keyboard. It is often labeled as PrtSC, PrtScn, or similar, and you can press this button, and your entire screen is immediately captured. 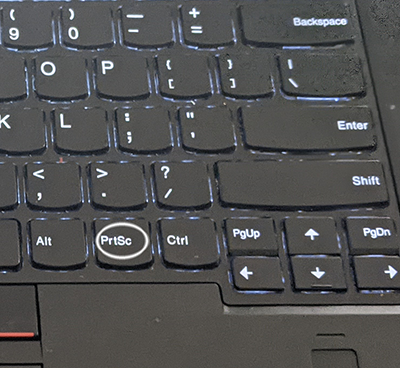 However, on some laptops, you will have to invoke the “Fn” or Function key first, then hold it down while pressing the PrtSC button. On others, you may have to use the ALT + Fn + PrtSC keys. 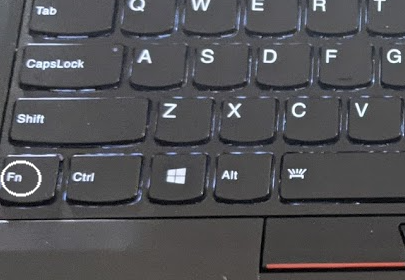 Do not be alarmed as Microsoft Windows will not give you feedback once you press the print screen key.

You can paste the captured screenshot into any graphic editing program to crop it. Our go-to quick editing program is still Microsoft Paint, which you can access by pressing the Win+R key and typing in “MSPaint.” When in doubt press the Enter key (no pun intended). 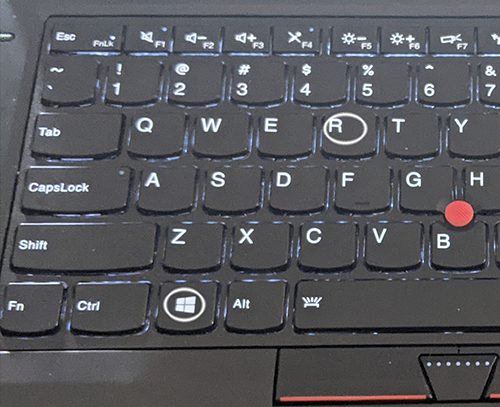 If you want your screenshots to be saved automatically in Windows 10, be sure to press the Windows Key + PrtSC buttons. You will notice your screen dim for a second to indicate that a screenshot is being captured. 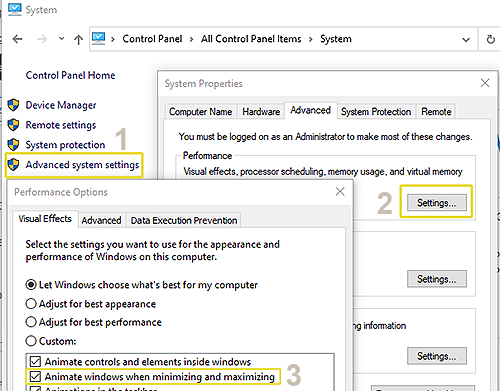 Screenshots that are captured using this method will automatically be saved in the “Screenshots” folder within the Pictures folder, as shown below. 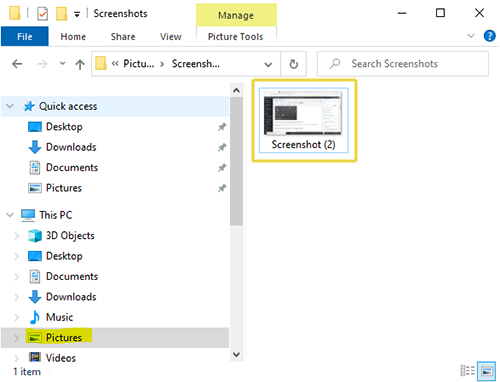 Windows 10 will assign a number to your screenshots, and the system will not overwrite your old screenshots.

Take Screenshots in Windows 10 of a Single Window

It is possible to take screenshots of a single active window in Windows 10 by pressing Alt + PrtSc or Alt + Fn + PrtSc. You can then paste it to your favorite graphic editing programs, email programs, word processors, etc.

How to Take Screenshots in Windows 10 of a Specific Area

Capturing specific regions of the screen as a screenshot is probably the most useful feature for many users. You can take a screenshot of a part of your screen by pressing Windows + Shift + S. You can let go of these buttons once you see the panel below on the top center of your screen.

You can now select a specific region of your screen that you would like to capture by clicking and dragging your mouse. You can then paste the screenshot into your favorite application or click on Snip & Sketch when it pops-up. You can see the Snip & Sketch notification shown below. Clicking on this notification will let you edit your screenshot. You can mark up the image or crop it and save it using Snip & Sketch. 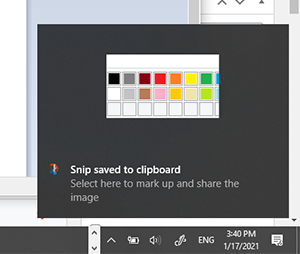 How to Launch the New Windows 10 Screen Snip Tool

Alternatively, you can manually launch the Screen Snip tool in Windows 10, as shown below, by clicking on the button right next to the time and date. 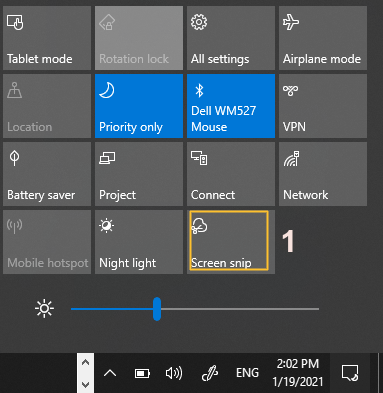 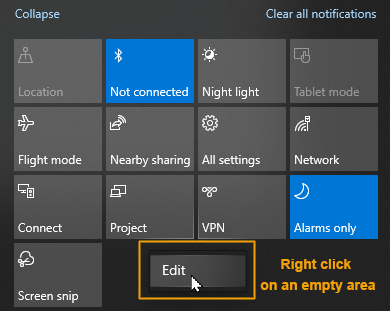 You should now see the option to add the snipping tool, as shown below. 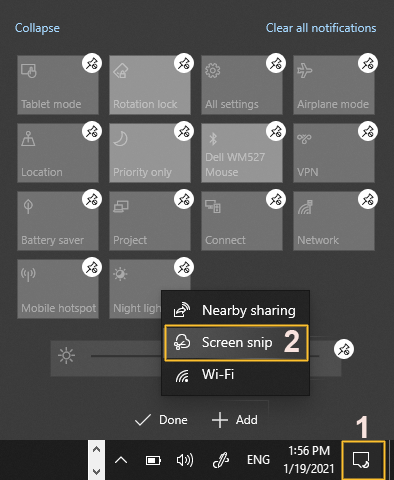 We will now show you how to take a screenshot using the old Snipping Tool in Windows 10.

How to Take Screenshots in Windows 10 Using the Snipping Tool

The Snipping Tool has been a part of Windows for quite some time even since Windows 7 days but many people are still not in tune with it. As you can see below, the Windows Snipping Tool offers you a more intuitive graphical user interface to capture your screenshots. 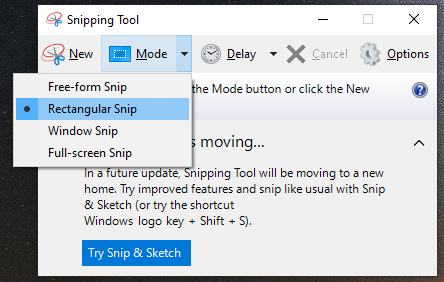 You can access the Windows Snipping Tool by pressing the Windows Key + R and then typing in “snippingtool” as shown below. 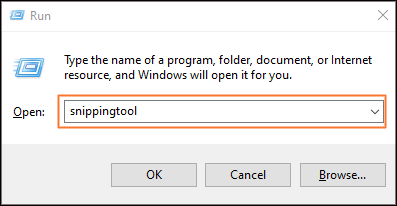 If Microsoft Windows built-in screenshot utilities don’t cover what you are looking to do, you can try more advanced screen capture utilities such as ShareX.

ShareX is a free and open-source screen capture tool, and it gives you far more features than all of the Windows 10 screen capture utilities combined. ShareX also lets you record your screen and allows you to save it as a file. You can then attach the exported video to emails or share it online, and this is especially helpful in your work life. 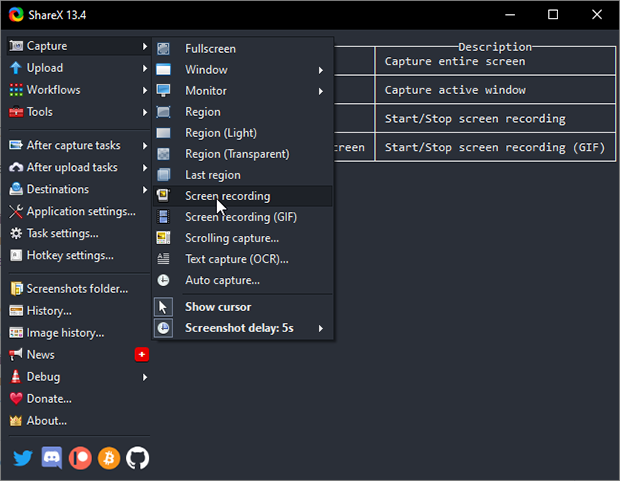 Some of the most exciting features of ShareX include but are not limited to:

Everyone should know how to take screenshots in Windows 10 as it can be quite handy in our work and personal lives. We hope this article helped explain how to take screenshots in Windows 10. If you enjoyed this article, please be sure to share it on social media. You can follow us on Facebook, Twitter, or Pinterest to see new content immediately after posting. 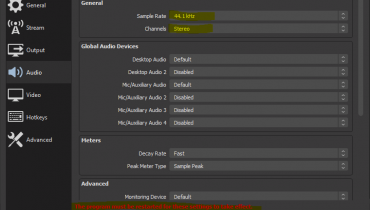 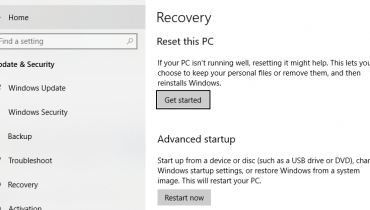